Thank you. Its great to finally get it out to the public as it was pretty much two years in the making from the starting the writing and demoing process to it being released.  Being the writer, producer and running the label, I’m there all the time overseeing every note, the artwork, the press releases, the video production, etc so its time consuming but satisfying at the same time.

When your legendary engineer Duane Baron ( Motely Crue / Poison/ Ozzy Osbourne)  and his wife tell you that this is your best album to date, you better believe it.

‘Ready Aim .. Rock !!’ is definitely the most sophisticated and mature CROSSON album to date. It still includes the catchy, stadium rock anthems that you’d expect, but being careful not to repeat ourselves and also grow musically, my admiration and respect for Jim Steinman ( writer for Meat Loaf / Bonnie Tyler) was channeled during the writing process which can be heard on songs like ‘United’,  ‘The Way It Is & ‘Love Is Endless’ .

Which are your expectations from “Ready, Aim… Rock!!”? When would you be satisfied and when would you think the album was successful?

With every album that we put out, we try and put our best foot forward and release something to be proud of. At the end of the day what you release is your legacy so it needs to be your best effort. If I song isn’t good enough, then it gets cut.

Which people is the current line-up of Crosson? For how long have you guys been together and how important is this for the band?

I started the band 20 years ago with the vision of having myself and 2 girls up front delivering a choreographed, theatrical stage show. Over the years we have had many members come and go, as it is in this business. If someone doesn’t want to be in the band any longer or it’s not working out with them, then we wish them all the best and move on. The train keeps rollin’ whether someone is on it or not.

At the moment our current line up is :

Do Crosson members have a say in music or lyrics of the albums or everything in the band is driven by you?

I write and demo the songs and then pass it onto the musicians to learn prior to hitting the studio. In the studio, I give the musicians and engineer lots of space to add their own flare and am open to any ideas that will improve the songs.  We are all there for the same purpose, to deliver the best album we possibly can.

With respect to the image, artwork, costumes etc, I work with our designers and artists.

For the live show, I will come up with the concept and costume themes for each song and get Libby to organize the choreography.

When onstage (also on the “Ready, Aim… Rock!!” cover artwork) you are surrounded by 2 very beautiful young ladies with angelic voices and super talent in dancing! We’d like to know more about this choice you’ve made for the band.

Paul Stanley from KISS said that they put together the band they wanted to see. I took these words of wisdom and constructed what you see today with CROSSON with resepct to costumes, dancers and a thrilling stage show while delivering catchy rock tunes. I mean, everyone wants to see beautiful women on stage!!! Myslef and two girls have been the marketing focus of the band from day one.

It is obvious that you are fond of the 80’s glam scene. Which other music genres are you fond of?

Ah…… The 70’s glam rock scene 😊 !! My first love was ABBA , and still base some of our catchy songwriting around the way Benny & Bjorn write …. just heavier. I also love the heavier side of the 80s like DIO, Iron Maiden, Judas Priest, Accept and modern day metal bands like Battle Beast, Beast in Black, Kissin Dynamite, H.E.A.T , Eclipse, Crazy Lixx etc. If the music is catchy and melodic with distorted guitars.. I’ll like it !!

What’s the plan you have to support “Ready, Aim… Rock!!”? Any tour dates?

We will be playing at the legendary Frankies in Sydney on 30th October. We had a national tour with Crashdiet planned in October however,  due to a sickness in their camp, this has been postponed until 2023.

We will also be embarking a National Glamfest Tour in January 2023. I saw the lineup today and it’s a killer!!!

How did you get the inspiration to name the album “Ready, Aim… Rock!!” and what does this title mean for you and for the whole album?

I love the way bands like AC/DC  incorporate  the word ‘ROCK’ into album titles. For example:  ‘Rock Or Bust’ , ‘For Those About To Rock’, ‘ The Right to Rock’ etc . We did it on our albums ‘Spreading The Rock and Roll Disease’ and ‘Rock ‘N Roll Love Affair’. I have the title ( and artwork imagery) of our next album already), so just need to write the song around it !!

The opening lines of the song sum it all up.  “ We’ve come to celebrate our right to rock!!”

The most important thing for me is loyalty, putting in the work, having a good work ethic, talent and being a nice person with good communication skills.

If someone turns up to a rehearsal after having the material for some time , I expect them to have it down. Rehearsals are for rehearsing and not for learning songs when the rest of the band have done their work. Unfortunately, if someone is sinking the ship or isn’t up to standard, then we let them go.

Your live shows are said to be fun. Is this the top priority for you? And what’s your way to achieve it and at the same time keep the band’s serious and absolutely professional profile?

Both the music and show are equally important. If we had crappy songs and a good stage show, we ‘d still have crappy songs! Both the music and the show have to be of a certain standard. Some people think that because we provide entertainment and imagery to our live show, we don’t take it seriously. That couldn’t be further from the truth.  In fact, doing what we do, I believe makes us more professional as are working harder to put on a great show. People have eyes and well as ears, so we give them both a visual and audio experience.

“Ready, Aim… Rock!!” is a fantastic album. It is not just about glam nostalgia. It is up to date and includes some great songs. Which people helped you out in making this album as you had it in mind?

We never go out to write a ‘Glam’ album as such. I just write the sort of songs that I like to listen to, which are catchy, melodic, sing- along, rock anthems.

As mentioned, we needed to grow from the last album so I decided with this album we’ll add a bit of a Meat Loaf / Jim Steinman flavor to it. I often may be stuck when writing and then say to myself, “ What would Desmond Child Or Jim Steinman do here ?” and then try and figure something out along those line.

I have my good friend John Katertsides  ( who also played bass and did the BV’s on this album)  and is a super talent.  Sometimes, I’ll be stuck go to him and cry out “Help!!” and he steers me in the right direction and also in a direction away from my normal formula and bad habits.

What would you advise a new band?

Thank you so much for the interview, Jason! The last words are yours. Please give us the band’s conta ways to order the cd/merch, and make a wish for the future of Crosson.

Thank you for having me. If you like your rock, big and visual, then please pay us a visit at the below links. We hope to be able to get to Greece soon and play for all our crazy Greek metal patriots !! 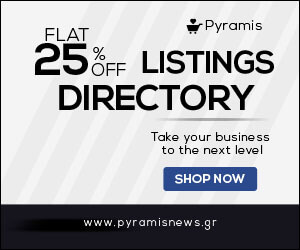