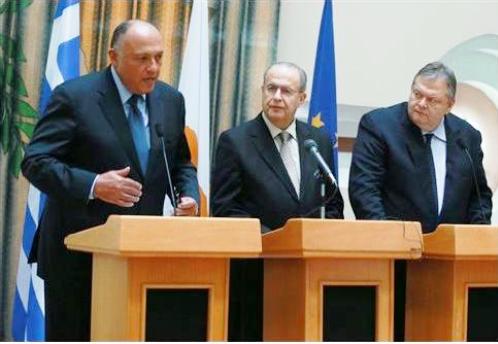 The governments of Egypt, Greece and Cyprus urged Turkey on Wednesday to stop trying to chart gas deposits in areas of the east Mediterranean claimed by Cyprus, saying the work was illegal.

Cyprus, a member of the European Union, is anxious to develop the gas reserves in its so-called exclusive economic zone — an offshore region lying south of the island.

Turkey does not recognise Cyprus, ethnically split between its Greek and Turkish Cypriot populations, and the government in Nicosia has accused it of dispatching a research vessel to collect seismic data in the disputed area.

The foreign ministers of Egypt, Greece and Cyprus met in Nicosia on Wednesday to prepare for a summit between the three nations next month, and condemned Turkey’s actions.

“The ministers deplored the recent illegal actions perpetrated within Cyprus’s EEZ, as well as the unauthorised seismic operations being conducted therein,” they said in a statement.

Cyprus discovered an estimated 5 trillion cubic feet (tcf) of gas in one offshore field in late 2011 and has licensed U.S. energy firm Noble, Italy’s ENI and France’s Total to search for gas.

“We are hopeful all activity in the eastern Mediterranean will conform with international regulations … understandings which are based on good neighbourly relations,” Egyptian Foreign Minister Sameh Shukri told reporters, flanked by his Cypriot and Greek counterparts.

The gas row has already triggered a suspension of peace talks between Greek and Turkish Cypriots on the island partitioned by a 1974 Turkish invasion that followed a brief coup engineered by the military junta then ruling Greece.

Egypt, which lies south of Cyprus, has penned a deal with the Nicosia government recognising sea boundaries between the two countries for the purpose of commercial exploitation. Cyprus has also signed a similar deal with Israel.

Egypt is facing its worst energy crisis in decades, with declining gas production and high consumption that has turned the country from an energy exporter to a net importer in the past three years.

Last week BG Egypt, a subsidiary of global energy company BG, said it had held talks with Cypriot officials on the potential of Cyprus supplying Egypt with gas.

Cyprus has become particularly keen to develop offshore gas reserves as a potential source of revenue since it was compelled to seek an international financial bailout in early 2013. 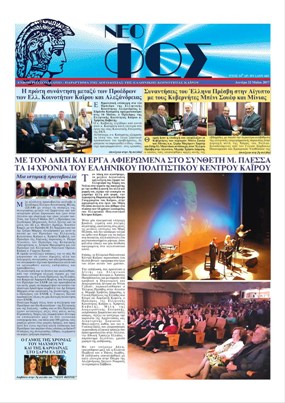